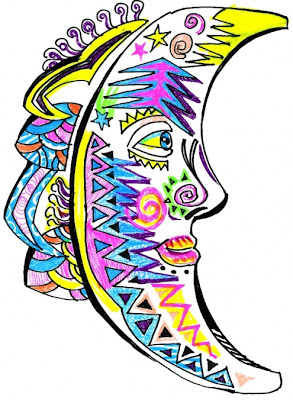 Good morning and Salutations,
I have an aunt and an uncle,
they come visit me often,
they both are bipolars.

My aunt's bipolarity has been diagnosed at least in four states,
the last episode was right here in the Bronx,
she did have to stay in the Calvary Hospital for more than a week,
we all went to see her one hot rainy day,
her room was in an area where they have to buzz you in,
and an old mexican in there thought he was Batman,
he wore a dirty white blanket instead of a dirty black cape,
but he did have a t-shirt with the bat on his chest.

My uncle's bipolarity has not been diagnosed,
he has not gone to be checked by a doctor,
but you have to be stupid, very old, deaf and blind,
or very selfish indeed to not feel his melancholy sun,
bitterly burning from Monday through Friday,
I know many times he has planned his own death;
you better not call him,
It's not going to be nice,
I myself try to not call him unless Lola gets out.
Lola is my kitty cat.

One time my uncle told me with four of his voices:
"Eres como el arroz de la fonda de mi cuñada,
I mean,
eres como la rosa del fondo de la cañada,
did you just see what Chespirito did there?"

Then I said "Yes",
though I really did not see what Chespirito did there,
who may this Chespirito be anyway?
I do not know,
but he sounds suspiciously bipolar also.

"Good Evening and Farewell Niece of this Earth",
one time my uncle told me.
# entrada de blogworkorange : 9:13 p. m.