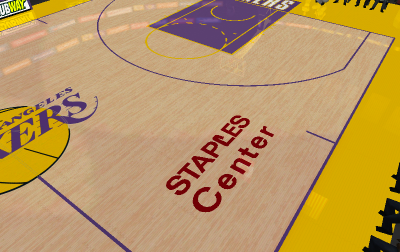 I am watching the plastic surgery on Jack Nicholson's face during the half time show in the Lakers Heats game on ESPN. The phone rings.

"Aló?"
"Good evening, I'm calling for the apartment."
"There's no apartment."
"The apartment you're renting."
"I'm not renting any apartment", I say, and, making the mistake that every asshole who receives a disappointing call makes, hang up the phone right away.

Dr Larry "The Blade" Goldman is cutting the left side of Nicholson's chin, Bill.
Yes, it is a standard procedure to get the fat out, Paul, see the motion of the wrist as he inserts the scalpel into the flesh.
I see, here comes the blood, The Blade asks the nurse to wipe it off. Well, that's a good wipe, she is a pro, Bill.
She sure is, Paul, she sure is, and let me tell you, you cannot help but admire Nicholson's courage and showmanship, he is wearing his shades during the operation, and he especifically asked not to be etherized upon the table, just drunk.
I see you have been reading your Eliot, Bill.
Well, it is wintertime my dear friend.
I know, look Bill, a total silence falls over the crowd here at Staples Center as Dr Larry "The Blade" Goldman continues cutting Nicholson's chin.
It's a hell of a facelift, Paul, a real crowd pleaser.
Of course, not like a Rourke's or a River's, they botched those ones, Bill.
They sure did, Paul, they sure did, just to


Coño. Then, if you don't pick up the fucking phone, they keep calling and don't leave any messages. A real waste of weed, so selfish and so rude.
"Aló?"
"Please man, don't hang up on me, if it's rented just tell me so."
"I am sorry my friend, but I live here and I am not renting any apartment."
"Ah well, is that the 718 515 2433?"
"Yes."
"It's between 180th and Morris Park?"
"Yes."
"Just a room with a kitchenette and a bathroom with a stained bathtub?"
"Yes."
"The walls need painting?"
"Yes."
"The dishwasher is broken?"
"Yes."
"Oh man, but that's the one in the real estate section of the Post. It don't matter if it need fixing, I even thought of painting the walls yellow."
"Yes, I know, it is a joke."
"Well, good night then man, and be strong brother."
a special treat for our viewers, let's go to Kevin down by the court.
Hey guys, here I am with the most famous TV surgeon, CNN's chief medical correspondent, Dr Sanjay Gupta, how are you Dr Gupta?
Hi Kevin, I'm enjoying Dr Goldman's performance on Nicholson's face, a marvelous procedure on a marvelous face.
Dr Gupta, you went to Brazil with Dr Goldman, a plastic surgery heaven, what do you remember about that time?
Well Kevin, from the very beginning Larry was different than the rest of us, while we were playing volleyball by the beach, enjoying Rio, he was practicing with anybody willing to be cut, he used to pay 50 dollars to girls and boys from the favelas, practicing practicing practicing. That's how he's got his nickname, we started calling him "The Blade" as a joke, but we soon realized the joke was on us. The Blade is the best, and his record is a living proof: 1,203 facelifts, only 23 lawsuits and 12 deaths. He once told me that his dream is "to do" Sean Connery, not only the face, but the whole body. He is sure that he can make Connery look 60 again, and I believe him.
I believe him too, thanks Dr Gupta, now back to you guys.
Good job Kevin, now we are in the last minutes of Nicholson's facelift by Dr Larry "The Blade" Goldman, and just in time, the half time is almost over, Bill.
Yes Paul, The Blade is sewing the last stitches, a perfect, clean needle movement.
The Blade loves to open his arms for the grand finale, and the crowd goes wild, Bill.
Now Kobe and Lebron go to the court to talk to Nicholson, who shakes Kobe's hand and leaves Lebron's hanging, hahahahhaha, you have to love Jack Paul, a true Lakers fan even in pain, even in bandages.
You sure have Bill, you sure have, and that's the end of the Half Time, we'll be right back with the rest of the game, Lakers and Heats on ESPN...


I watch the commercials to decide what to eat. It seems that all the CEOs of the big food companies got together and agreed that 5 dollars is the maximum amount that poor people can pay to fill their guts with something chewable. 5 hamburgers, 5 pizzas, 5 foot sandwichs, 5 fried chicken pieces, 5 burritos and push everything down with a bucket of soda. I decide chinese, before ordering I take a good look at this place that another human being wants to rent and paint it yellow: a real shithole where two people can be happy, more so in the winter.
# entrada de blogworkorange : 12:41 a. m.